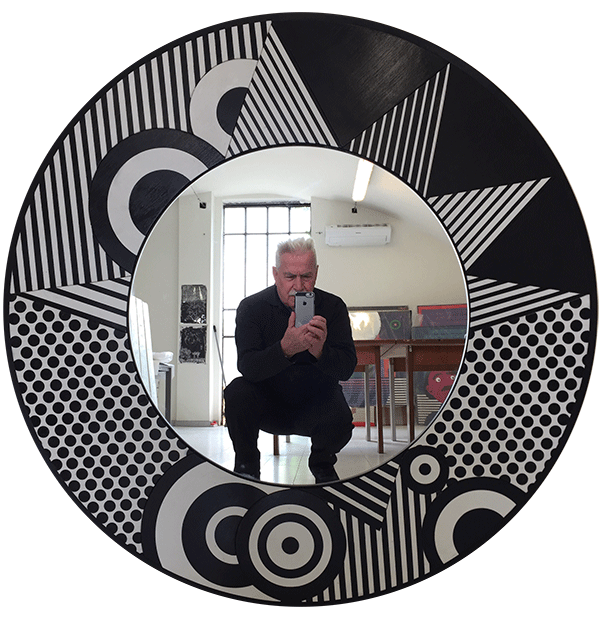 Spent the following decade as a Creative Director in the Advertising world. He pursued a creative investigation that gravitated towards the concept of “The Beauty of Allure” that combines Art – Creativity and Marketing captivating the essence of Pop Art.

“evolution of communication” in the modern age.

Was part of a group of national / international architects /painters /sculptors that focused on artist investigation,

initializing another fertile period of Sebastiano’s own Art, which ultimately flowed into the creative expression that exist in his present work.

Greatly Influenced by his own Italian Culture:

recognizes and loves all the phases in history.

“USING THE PAST IN AN IRONIC GAME”

Every creative idea has its own solution.

Like the Masters he would like his own work to make people stop and ponder and to make them feel emotion in this rushed world we live in:

It is to them that he dedicates his ART